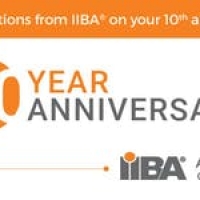 The IIBA® Melbourne Branch is proud to host a celebratory event for IIBA Australia's 10th year in operation. This event at its heart is about giving you a networking opportunity. You will have a plentiful time to celebrate this special occasion with the BA community in Melbourne.

We will also have 3 speakers from IIBA to provide their insight into our IIBA Australia and its Melbourne branch has evolved over the past 10 years since its inception. The session will also cover the following: 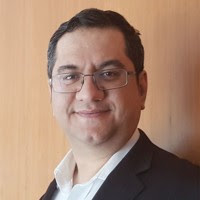 Sean Nikookar is a serial entrepreneur, strategic advisor, and business mentor who is the founder and director of ValuedPeople.biz, and the co-founder of GetHiredFastInProjects.com
For almost 20 years, he has worn different hats in his career; mostly as a CEO, Director, Executive Manager, and Managing Consultant. Sean’s specialty is in helping service-based businesses build and grow their business value through People Experience Excellence. He began his collaboration with IIBA International in 2008 and has had different roles such as a President of Chapter, EEP assessor, Deputy Regional Director of Europe, Middle East, and Africa, and Board Member, among other roles. At present, he is the Regional Director of Asia-Pacific at IIBA.

Ian Tan is a CBAP and SAFe Agile certified Business Analysts with over 10 years’ experience working for large organisations. He has been involved in running BABOK study groups for the Melbourne branch for 5 years and has been a front-runner in the formation of the Australia chapter study group syllabus

Lawrence Dong has 14 years’ experience in Business Analysis, working across various sectors such as financial services, telecommunications, healthcare, public transport and not-for-profit. He has been certified in: CBAP, PSM, ITIL and PMP. He has been involved in IIBA Melbourne Branch as Event volunteer, BA Mentor, BAPD Volunteer and BABOK Study Group Facilitator from 2015. He has been the Melbourne branch chair since early 2019. As a BA Lead, he believes in organic growth from within the team and is interested in the correlation between developing talents and achieving continuous improvement.